Ready, set, scale! The GreenHyScale project has officially been kicked off and will show the way for large-scale hydrogen production

October 12th marks the official kick-off of the GreenHyScale project whose purpose is to explore large-scale production of green hydrogen. The goal is a 100 MW electrolysis plant erected in GreenLab, Denmark, and replicable in the rest of the world. This is history in the making. The project aims at accelerating pressurised alkaline electrolysis to enable large-scale onshore and offshore production of green hydrogen – which will make the establishment of a commercially viable hydrogen infrastructure possible. This is a cornerstone in the global green transition.

Our focus is to create a replicable solution for stakeholders in both Denmark and the rest of Europe – replicability is key to the dissemination of green hydrogen. That makes GreenHyScale an important project with the potential to contribute greatly to the positive development of a hydrogen infrastructure in and outside of the EU”.

“Being part of this pioneering project will enable Green Hydrogen Systems to demonstrate our unique technology designed and optimized for use in large-scale green hydrogen production from renewable electricity. We are excited and honored to be part of an initiative that not only affects the Danish energy transition but can accelerate Europe's path to carbon neutrality by 2050.

We strongly believe that the results of this project will have an immense impact on achieving the necessary scale for technological advancement and will contribute to lowering the leveled cost of hydrogen towards cost parity with fossil fuels”, says Sebastian Koks Andreassen, CEO, Green Hydrogen Systems.

“The successful scaling of power-to-X technologies is a key step in achieving the decarbonization goals set by the EU and its member states. This project enables both scale and testing of new technologies, which can enable an accererated build-out of hydrogen powered by renewables,” said Finn Daugaard Madsen, Siemens Gamesa’s Head of Hybrid, Storage and Conversion.

“It is good news for the green transition in Europe that the project has begun. If we are to meet the ambitions targets of Co2-reductions and green goals of Europe, we need projects like GreenHyScale – and we need to join forces across Europe. The partnership is a good example of what we can achieve when key companies from the European energy sector join forces in upscaling green electrolysis technologies,” says Glenda Napier, CEO, Energy Cluster Denmark.

From prototype to commercial scale
Backed by a solid 30 million Euro funding from the EU, each member of the GreenHyScale consortium is an important part of the puzzle: The Danish cleantech company Green Hydrogen Systems is responsible for delivering the first 6MW prototype plant – a plant that fits into a 40-foot container – which will function as a building block in the future 100 MW solution. Green Hydrogen Systems is the market leader within pressurized alkaline electrolysis, the most cost-efficient type of electrolysis, and a technology that efficiently works with the variable load from renewable electricitry sources.

The French company Lhyfe will supply control systems for the 6MW plant and are responsible for the integration to GreenLab’s SymbiosisNet – an intelligent network of energy and data that enables companies in GreenLab’s green industrial park to share their excess energy with each other.

Once the prototype is done and meets certain performance criteria, Everfuel will oversee the task of scaling the project commercially, which will result in the completion of the 100MW plant based on Green Hydrogen Systems’ electrolysis. The 6MW prototype will then be converted to an offshore model that can be placed offshore to deliver hydrogen instead of power from offshore wind turbines. This is where Siemens Gamesa plays an important advisory role. Energy Cluster Denmark is leading the projetcs advisory boand and the external communication, while Equinor is leading the project management. 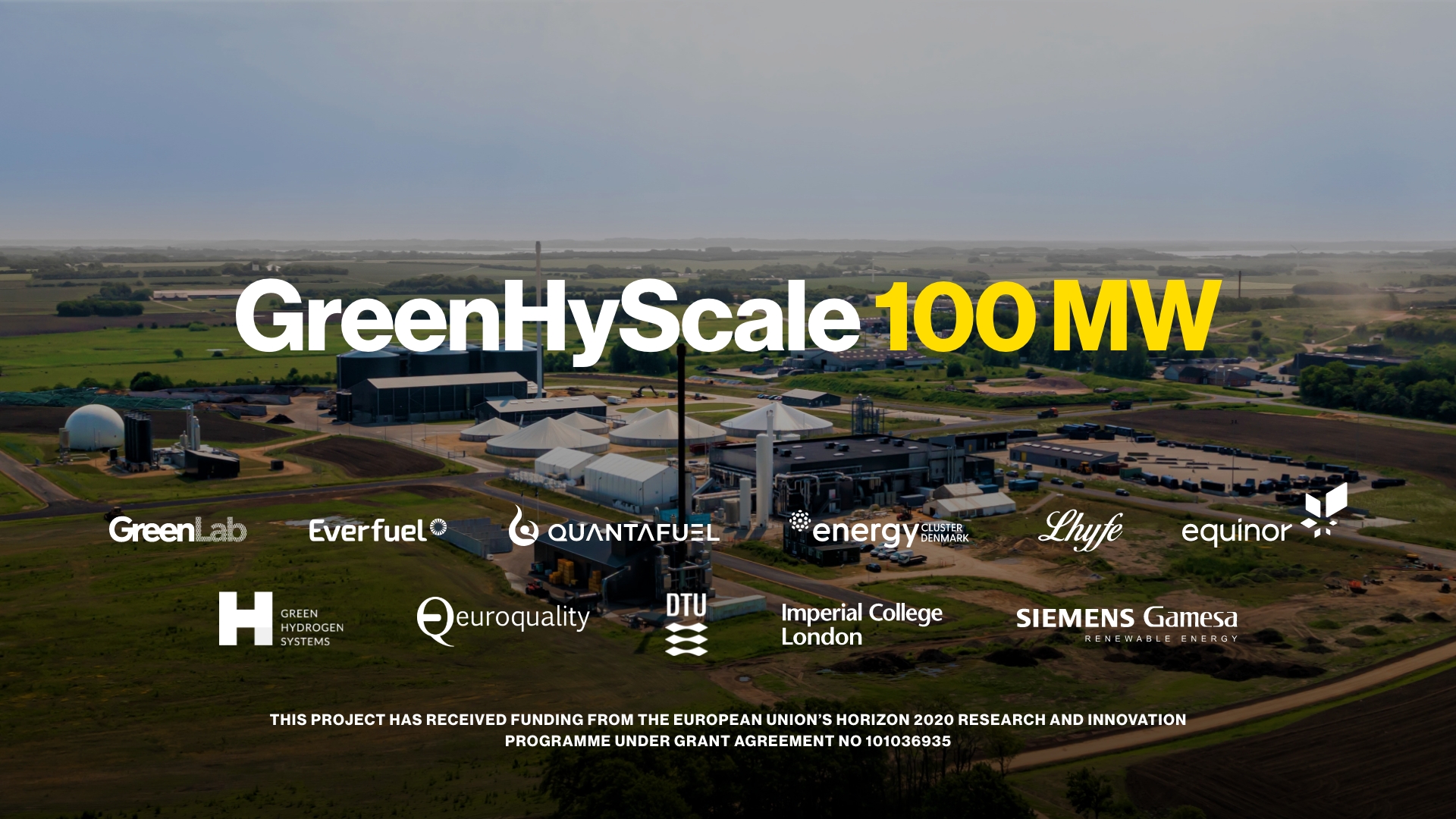